Betaine (BET) is an amino acid that has been shown to have potential benefits in combating heart disease, improving body composition and promoting muscle mass and fat loss. This would mainly be due to the ability to stimulate protein synthesis in the body.

Ever heard of betaine? Also known as trimethylglycine, it has recently become increasingly popular in supplements, but it is not really a newly discovered nutrient.

Although the beneficial effects on the prevention of heart disease have been studied for some time, it is only recently that betaine has been increasingly used in exercise and energy supplements, protein powders and other products to improve exercise performance and body composition.

Betaine is a derivative of trimethylglycine and choline, a nutrient. In other words: Choline is a precursor of betaine and must be present to synthesize betaine in the body.

Like some B vitamins, such as folic acid and vitamin B12, betaine is considered a methyl donor. This means that it promotes liver function, detoxification and cellular activity in the body.

Its main function is to help the body process fats.

What’s the use of betaine as a supplement? Probably the best studied benefit of betaine is its ability to convert the amino acid homocysteine in the blood into methionine.

Although amino acids are essential compounds needed for many functions in the body, research shows that high homocysteine levels can damage blood vessels, leading to the formation of plaque and a disease called atherosclerosis (blocked arteries).

Betaine is best known for its contribution to the reduction of homocysteine levels in the plasma, which is directly related to a reduced risk of heart disease. High homocysteine levels are a potential risk factor for cardiovascular disease, but studies show that this condition can be reduced by regular betaine intake.

It is estimated that high levels of plasma homocysteine, greater than 15 μmol/L, are present in 5% of adults and 50% of people with cardiovascular disease and strokes.

According to a 2013 study, taking at least 4 grams of betaine per day can reduce plasma homocysteine levels for at least 6 weeks.

By helping to prevent hardening and blockage of the arteries due to high homocysteine levels, betaine can help reduce the risk of heart attack, stroke and other forms of cardiac arrest and heart disease.

2. It has an anti-inflammatory effect

New research shows that betaine has anti-inflammatory functions that protect against many diseases, including obesity, diabetes, cancer and Alzheimer’s disease. Its protective effect is partly due to its role in the metabolism of sulfur-containing amino acids, which protects against oxidative stress, suppresses inflammatory reactions, regulates energy metabolism and reduces apoptosis.

Although clinical trials are mixed and somewhat limited in humans, continuous betaine administration has been shown to reduce fat mass and increase muscle mass in animal and selective human studies.

So far, several studies have been conducted to determine whether betaine has benefits for the development of strength and muscle mass. Different studies have yielded different results.

A 2010 study reported an increase in the production of muscle power and muscle strength after betaine supplementation. Another 2009 study showed that two weeks of betaine administration to active male students increased muscle endurance during squatting exercises and improved the quality of repetitions that could be performed.

This is the conclusion of a study published in 2013 in the Journal of the International Society of Sports Nutrition. Study participants tested whether taking betaine for six weeks would affect body composition, strength, stamina and fat loss.

On the other hand, a systematic study in 2017 showed that only two out of seven studies reported an increase in strength or potency after BET supplementation. The other five studies found no change in strength or energy performance when using supplements.

Some studies suggest that betaine can be useful in changing the processing and distribution of nutrients in the body, resulting in faster fat burning and fat loss without destroying muscle tissue or losing muscle mass.

A double-blind, randomized, placebo-controlled trial conducted in 2018 showed that beta supplements can help reduce body fat in female students.  The study showed that 2.5 g extra betaine per day, after nine weeks of training, reduced the fat mass in 11 young women more than placebo.

A separate systematic evaluation in 2019 with six studies with 195 participants came to this conclusion:

Due to the addition of betaine, the total weight and body fat percentage has decreased considerably. No changes were observed in body weight and BMI. The results suggest that adding betaine to the diet can be an effective approach to reduce body fat.

The evaluation also pointed out that the beneficial effects of betaine on body fat loss have been demonstrated in studies involving animals such as rodents, pigs and poultry.

Another beneficial effect of betaine seems to be that it supports the health of the liver by promoting detoxification and the process of digestion of fats (lipids) by the liver.

Fat can build up dangerous levels in the liver under certain conditions – such as alcohol abuse, obesity, diabetes and other causes – but betaine can help cleanse the liver by breaking down and removing the fat.

Betaine also appears to help the liver get rid of toxins and chemicals, preventing gastrointestinal and other physical damage that can result from toxins.

It has also been shown to protect the liver from hepatotoxins such as ethanol and carbon tetrachloride, toxic chemicals that can enter the body through certain medications, drugs and pesticides.

Betaine is sometimes used to make betaine hydrochloride (HCl) supplements. Betaine HCI is thought to increase the concentration of hydrochloric acid in the stomach, the acid that must be present to break down food and use nutrients.

Certain groups of people with low gastric acid may experience a number of digestive problems that can be alleviated by betaine.

Some people find it useful to take an extract of betaine hydrochloride before meals to help break the stomach and process food. Positive results have been seen in people suffering from indigestion due to medication or other digestive problems.

Taking betaine hydrochloride before meals can help improve the digestive response and intestinal health. This is also important because the immune system relies heavily on a healthy intestinal flora to strengthen immunity.

Studies have shown that betaine can help people with muscle pain. In a study on horses, lactic acid levels (associated with muscle fatigue) were lower after training when horses were given betaine.

This can be useful for people who exercise intensively or who suffer from painful symptoms related to muscle and joint damage.

Betaine is used to treat liver damage caused by alcohol, resulting in an accumulation of fat in the liver. It has a lipotropic (fat reducing) effect, so it has been shown to significantly improve the treatment of fatty liver disease by helping the liver process and eliminate fat.

Why is betaine useful in skincare products? Certain anti-ageing effects are attributed, such as. B. Prevent the formation of wrinkles.

It can also keep the skin hydrated by acting as a natural moisturizer as it absorbs moisture into the skin. This means that it helps protect the structure of the skin while potentially soothing irritated and dry skin.

Beta deficiency is not considered common in Western countries, mainly because the diet is adequate. One of the reasons for this is that betaine is found in large quantities in wheat-based products, which are a staple food for most people.

What happens when you cut away beta-rich food? Although there is no direct correlation with low beta consumption, low dietary intake can contribute to high homocysteine levels in the blood.

High homocysteine levels in the blood can be increased for many reasons, including environmental factors, nutrition and genetics.

The greatest danger of taking low beta values is the symptoms associated with high levels of homocysteine in the blood. This phenomenon is most frequently observed in people over 50 years of age, alcoholic children or children with genetic diseases leading to high homocysteine levels.

What foods contain betaine? Here are the 12 most important sources of betaine:

Bran and wheat germ would be the highest source of natural betaine. As a result, bakery products containing wheat germs, including foods such as bread, crackers, biscuits and tortillas, are considered the main source of betaine in the diet of the average American.

These are not necessarily the healthiest sources, but because this type of processed food is unfortunately consumed in large quantities in the American diet, they tend to be the way people get enough of this nutrient on a daily basis.

Alcoholic beverages such as wine and beer also contain low to moderate levels, making their high consumption another important factor in the American diet. However, don’t forget that there are healthier alternatives to get the amount of betaine you need.

Try some of the recipes below that contain beta-rich foods such as spinach, beets, quinoa and turkey.

There is currently no recommended daily amount of betaine for adults. Recommended doses vary depending on the treatment situation and further research is being done to develop recommendations for the general public.

If you have a heart condition, liver disease, muscle pain, or if you use betaine, for example, to help change body composition. B. Fat loss and muscle strengthening, you can consult your doctor to determine the right dose for you.

When should I take betaine? Betaine is usually taken with folic acid, vitamin B6 and vitamin B12 to facilitate absorption.

It can be taken at any time of the day, with or without food.

Betaine-based additives are a by-product of the processing of sugar beet. They come in powder, tablet or capsule form.

Betaine is not recommended for children or infants unless specifically prescribed by a physician to treat certain conditions, usually genetic conditions involving liver dysfunction.

Risks, side effects and interactions

Betaine has the ability to influence the action of certain drugs and interact with other nutrients. If you are taking medication for liver or heart disease or kidney stones, you should talk to your doctor before taking supplements containing betaine.

Betaine can increase total cholesterol. Although it is useful to prevent heart disease, it poses a safety risk to high-risk patients and should be taken in low doses. People who are overweight, diabetic or at high risk of heart disease should not take it without consulting a doctor.

Many serious cases of betaine overdose, toxicity or side effects have not been reported, but some people have reported mild side effects, including diarrhea, stomach discomfort and nausea. 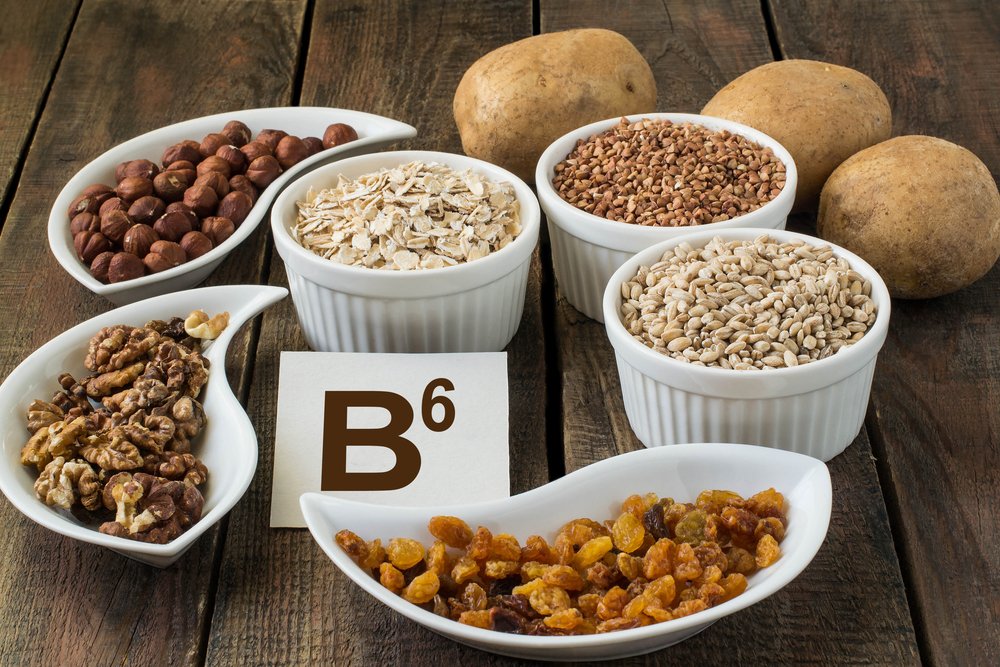